One of the most hyped Indian restaurants in London right now, Dishoom is an homage to old Irani cafes, a slice of Mumbai across the pond. 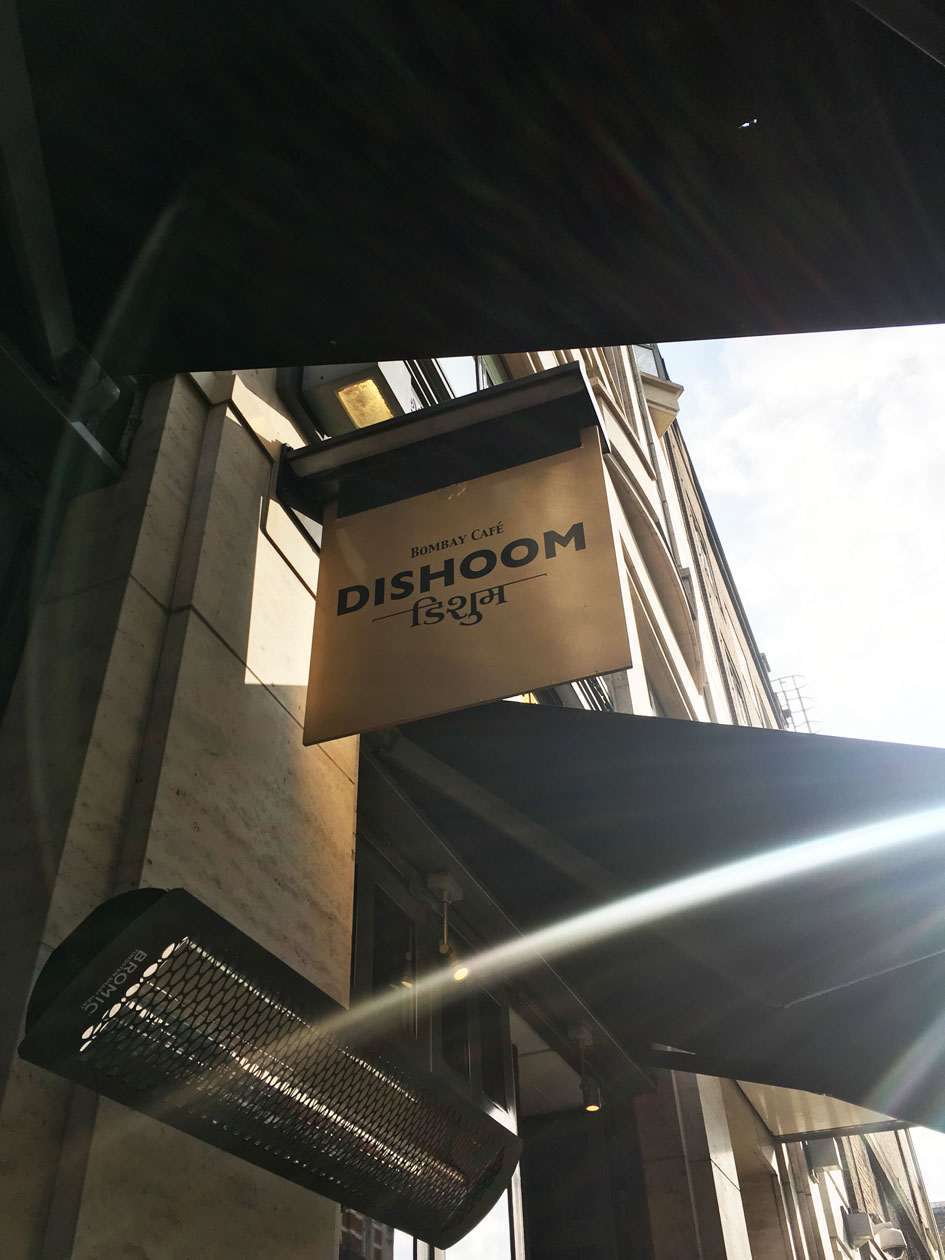 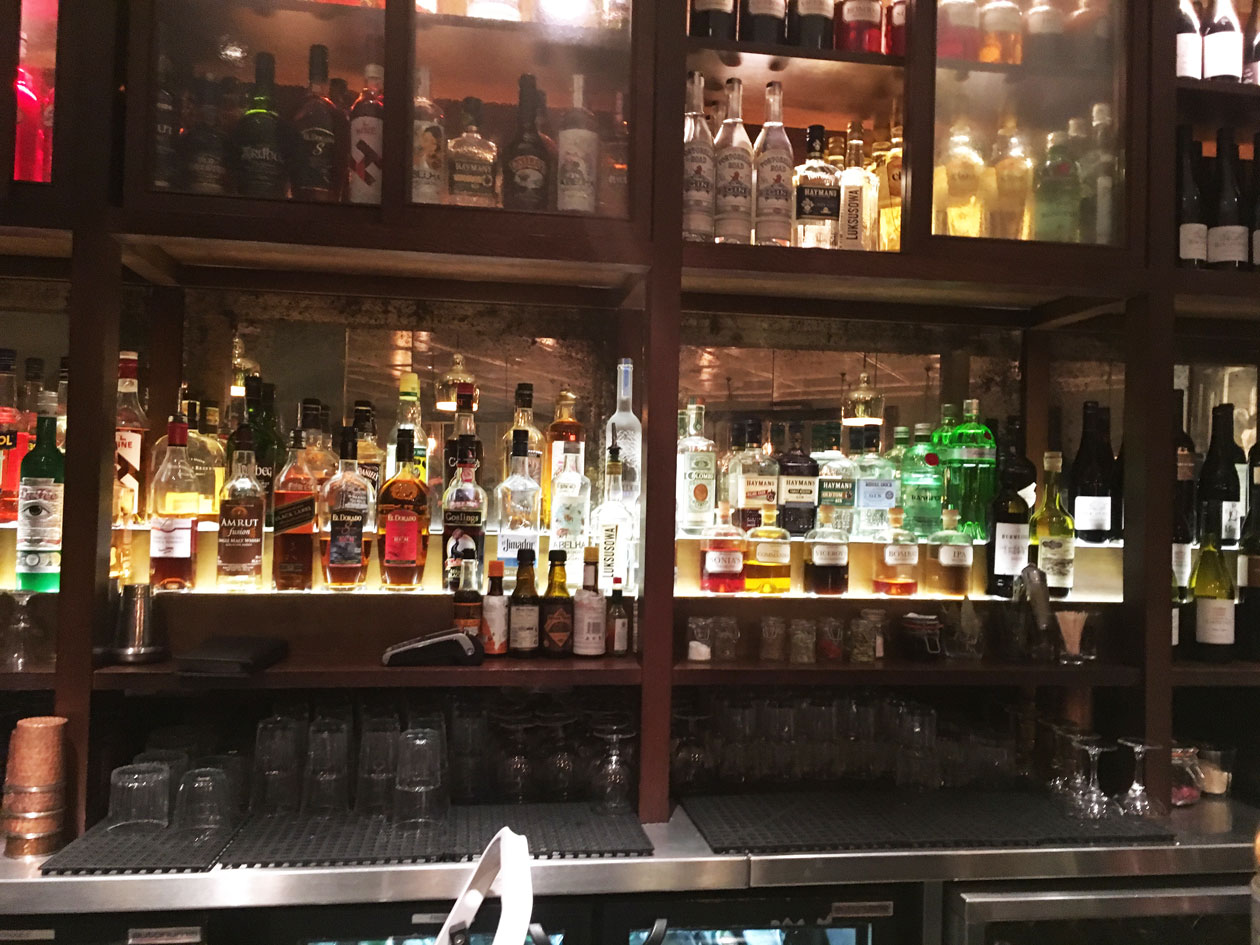 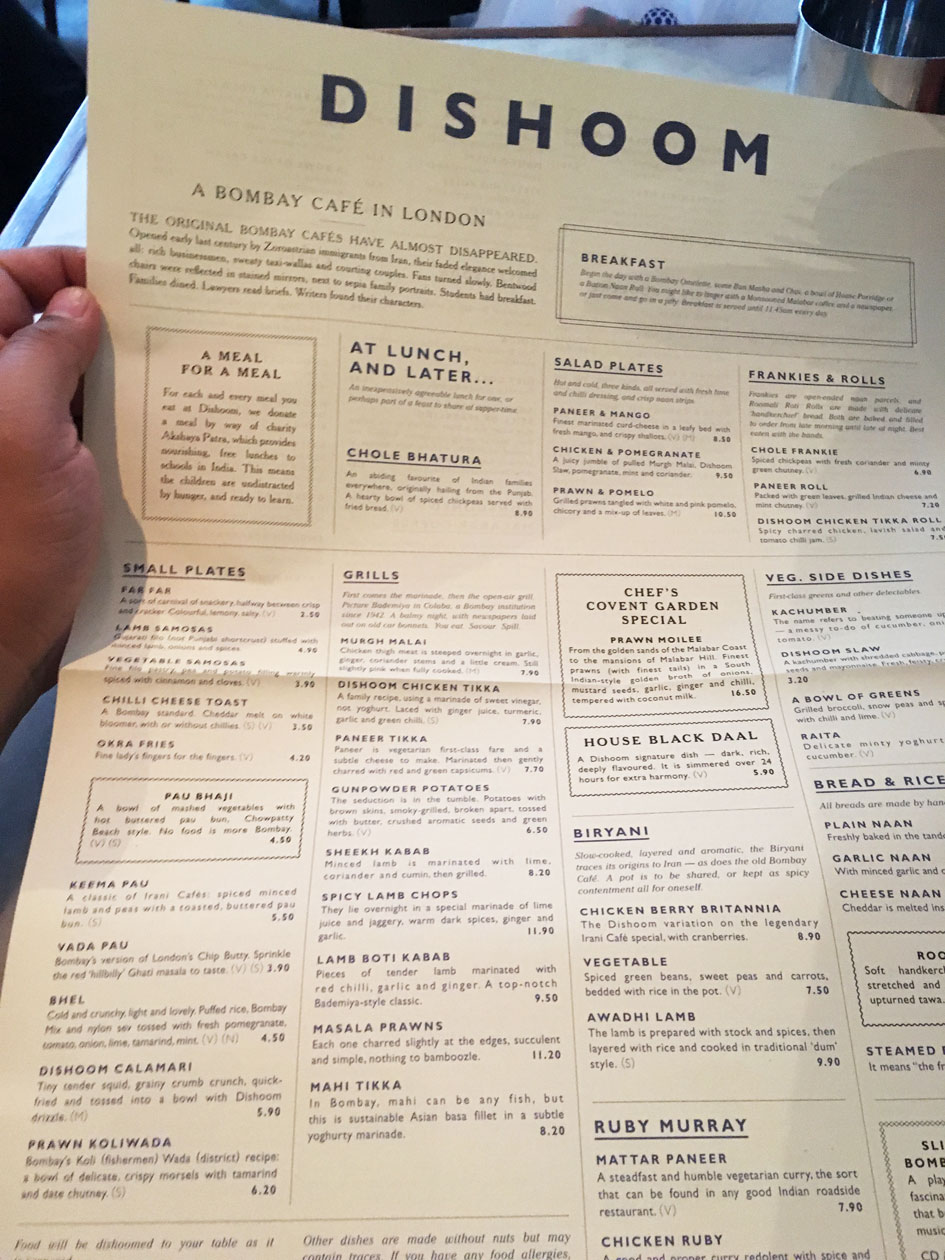 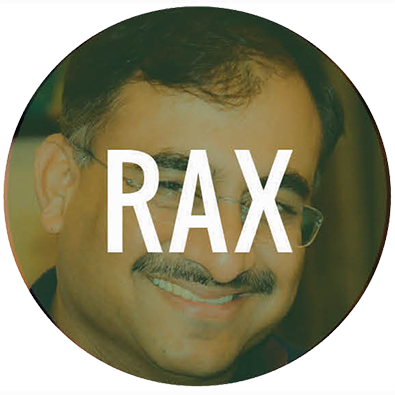 I was in London after over a week in Scotland, and by this point missing Indian food quite badly. I braved the long queue at Dishoom, apparently a very popular place in Covent Garden. 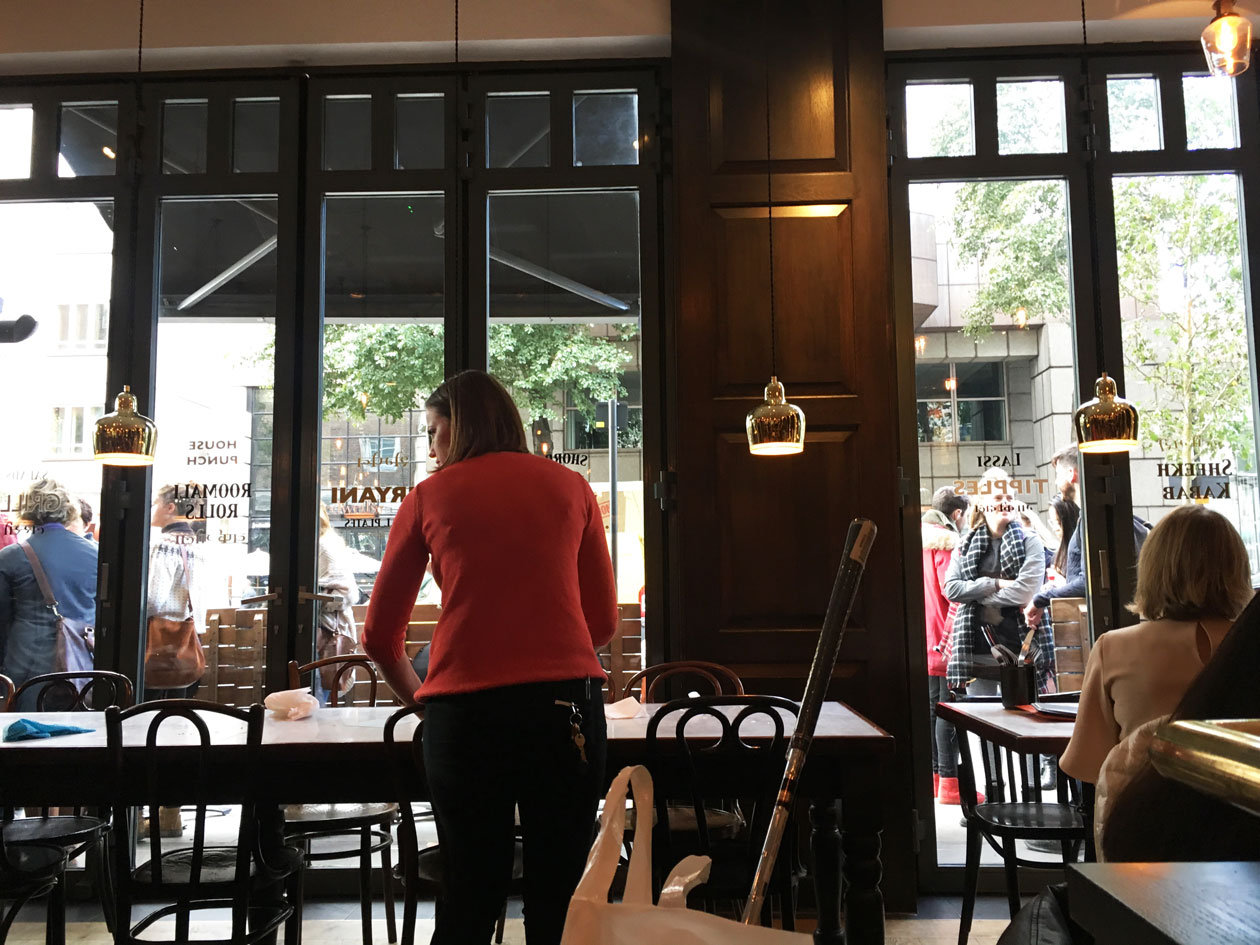 But the fuss was quite fake, because it had empty tables – I guess the ploy was to show a crowd outside and then have people wait at the bar to order a drink or two. Nevertheless, the drinks were well made with some Indianised twist to the regular cocktails.

The food was different to the regular Balti type restaurants and closer to home. The Bhel was decent. 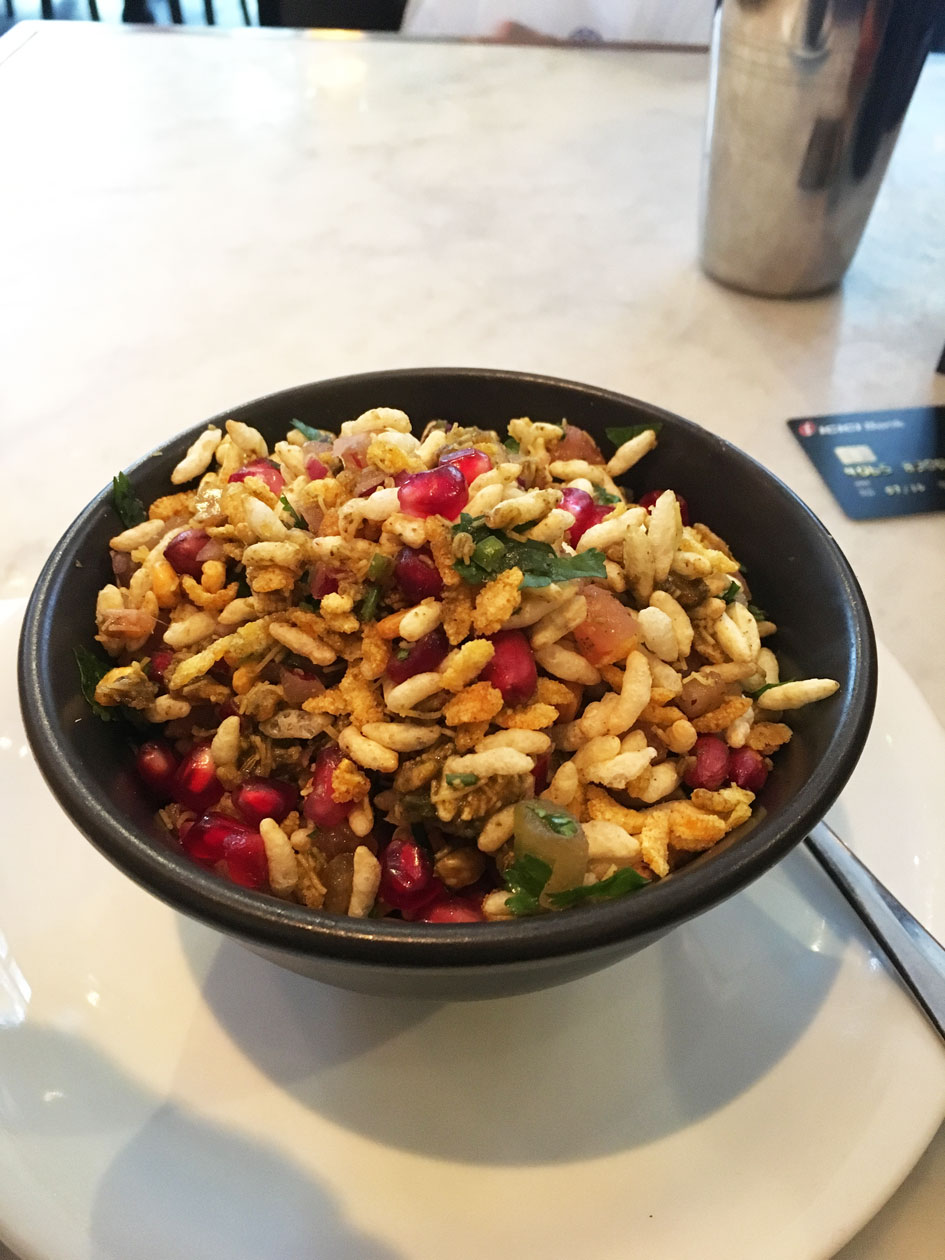 The main course included House Black Dal, Paneer Tikka and Roomali. The Dal seemed as if it was from one of those Bukhara cans while the Tikka was a tough piece of Paneer, without any marination.

Dishoom was a big let down. Some of this would be later redeemed by a meal at a place called Roti Chai, which was far better if you’re going for the food and not the hype.